Music and the arts

Music and the arts play a huge part in the life of Dickens Heath Community Primary School.  Children are frequently exposed to music in class (music is taught using ‘Charanga’ on-line) as well as having a weekly music assembly and lots of extra-curricular musical activities.  We currently run three school choirs, with over 80 children taking part in one or more of them. 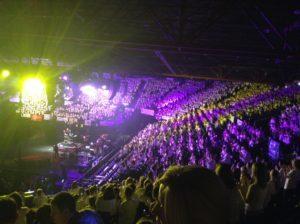 Our longest-standing choir is our Key Stage 2 Choir drawing on children from years 3 to 6.  This choir performs regularly within school and in the wider community.  They have performed at Birmingham’s Symphony Hall and the Genting Arena as well as at Dickens Heath’s Festival on the Green.  Our Key Stage 1 Singing Group welcomes children from years 1 and 2.  They also perform regularly in school concerts and have visited Sunrise Residential home.  They take part in Touchwood’s annual Christmas Choir Competition and have performed in Symphony Hall and at The Core Theatre in Solihull.  Our Boys Only Choir was set up in 2015 with the support of the Armonico Consort from Warwick.  They made their performance debut at the Royal Albert Hall in London in June 2016.  They have also taken part in school concerts and in a Primary School Singing project at Tudor Grange Academy. 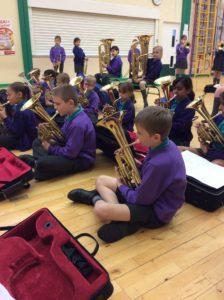 Over 80 children in Key Stage 2 have weekly instrumental lessons in school, delivered by instrumental specialists from Solihull Music Services.  Instruments currently taught in school are guitar, violin, keyboard and brass as well as singing.  All children in Year 4 have the chance to learn a brass instrument for half a year.  We also run a school rock band, a guitar group, a string group and several recorder groups.  All children who learn an instrument both in school and out of school are given regular opportunities to perform in a variety of concerts in school and outside including rock and pop evenings, school concerts, talent shows and orchestral concerts at local secondary schools. 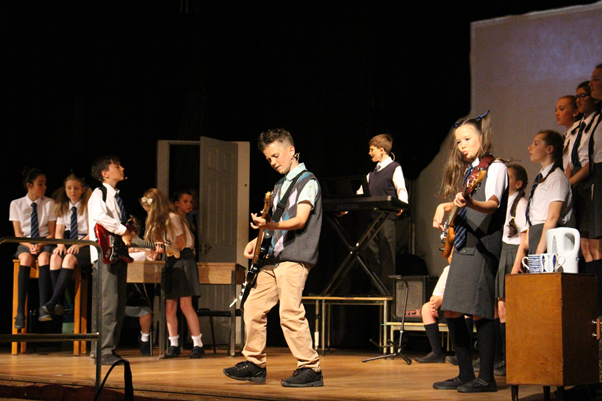 All children are given the opportunity to take part in productions.  Every year the Foundation Stage, Year 1 and Year 2 put on their own nativity plays.  Other performances take place within year groups and our end of year productions for Years 5 and 6 at Alderbrook School have been highly acclaimed.  Productions have included The Lion King, Jungle Book and most recently, School of Rock, a production praised by all those who saw it and a highlight of their time at Dickens Heath for many of the children involved. 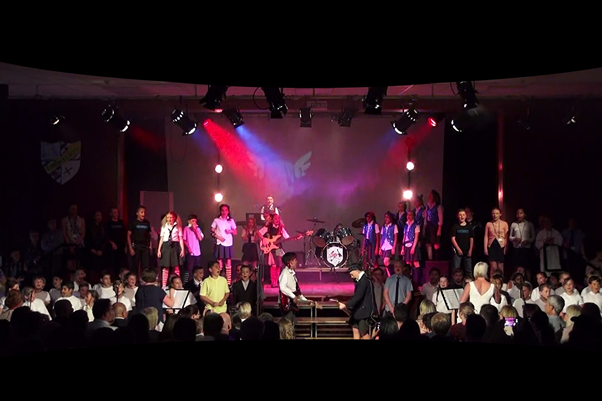 In Year 5 children have the chance to go on a four-day residential trip to Dunfield House where they work together to put on a show.

Children throughout school have the chance to take part in dance activities and have taken part in Alderbrook School’s dance festival and the Coventry, Solihull and Warwickshire Schools Talent Competition.

Children’s Artwork is evident in displays throughout the school and children from all age groups worked together to produce scenery, props, programmes and posters for our production of ‘Lion King’, ‘Jungle Book’ and ‘School of Rock’. Dickens Heath children have recently won prizes for their portraits of the Royal Family  run by ‘Sunrise Senior Living’ and the school regularly takes part in Solihull’s floral park borders competition. Key Stage 1 had a visit from CBeebies  ‘Swashbuckle’ programme which featured the children’s 3D artwork on their programme. Children in year 6 have also enjoyed visits from illustrator Martin Robertson and Author/ Illustrator Carla Vulliamy.

Art is woven through the curriculum both explicitly and through cross curricular themes in subjects such as History and Science. The children progressively learn a ladder of drawing skills including sketching, shading, pencil grading, adding texture, light and shadow. Children explore painting skills including watercolour washes and blending, brush choices and control, clay sculpting, printmaking, model making and collage to respond to crafts people and designers. Children use ICT to research artists, collecting images and making notes and annotations in their sketchbooks which they use to explore their own ideas and plan their final artwork.

Unfortunately not the ones with chocolate chips.

Some cookies are necessary in order to make this website function correctly. These are set by default and whilst you can block or delete them by changing your browser settings, some functionality such as being able to log in to the website will not work if you do this. The necessary cookies set on this website are as follows:

A 'sessionid' token is required for logging in to the website and we also use a 'crfstoken' token to prevent cross site request forgery.

Cookies that are not necessary to make the website work, but which enable additional functionality, can also be set. By default these cookies are disabled, but you can choose to enable them below: